Pimlico Race Course in Baltimore, Maryland is the second oldest race track in the United States. Only Saratoga in New York is older. Pimlico first started running races in 1870. The track started running the Preakness Stakes, the second jewel of the Triple Crown, in 1873, a full two years before Churchill Downs ran the first Kentucky Derby. Many horse racing fans regard Pimlico as one of the most important tracks in the United States because of its history and association with the Preakness.

Nicknamed “Old Hilltop”, Pimlico has had a resurgence in recent years after being purchased by the Stronach Group in 2011. The racetrack has start of the art facilities and hosts a number of graded events in addition to the Preakness Stakes. 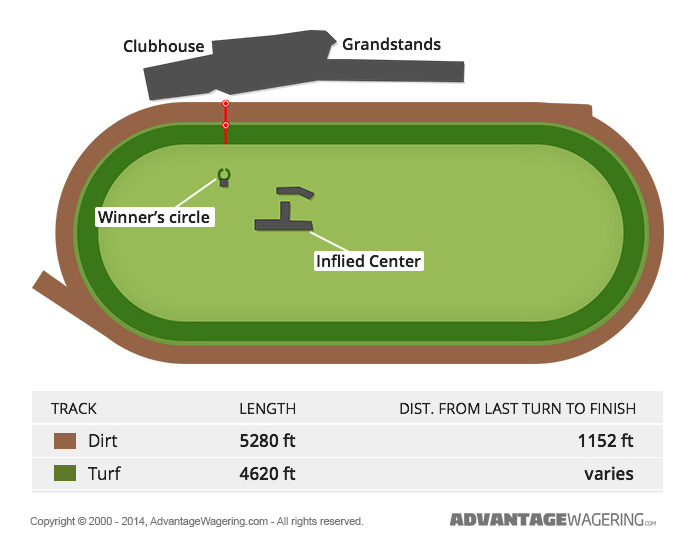 The Preakness Stakes, the Second Jewel of the Triple Crown, is Pimlico’s most popular horse race, but the race track also runs the second jewel of the distaff Triple Crown, the Black-Eyed Susan, as well as the popular Grade III Pimlico Special. Online sports bettors will want to wager on all three of Pimlico’s major races because of likely large fields and excellent payouts.

Not only is the Preakness Stakes the Second Jewel of the Triple Crown, but it is one of the most important races on the American racing calendar. The world watches when the Kentucky Derby winner breaks from the gate in the Preakness because it’s the race that determines whether or not the possibility of a Triple Crown winner, something that hasn’t happened since 1978, will emerge in the Belmont three weeks later. The wagering pools are massive for the Preakness, meaning that online race book bettors, especially those getting rebates, will want to take advantage.

Run on the Friday before the Preakness, the Black-Eyed Susan Stakes has become one of the most popular destinations of the year for three-year old fillies. The prestige that comes along with winning the Grade II Black-Eyed Susan, not to mention the winner’s share of a $500,000 purse, are enough to make most owners and trainers take a shot in the race.

Find the best odds for your horse online and place your bets within minutes !

The Preakness Stakes is coming up on Saturday, May 15, 2021. The second jewel of the American Triple Crown drew a field of 10 top three-year-olds. Find out the top contenders in the race, and learn the best places to...